Liquid Soap is almost considered a staple in the world of cleaning. Whether in dishwashing, laundry, or even bubble baths, liquid soap plays an important role.

Nonetheless, there’s one question that may cross your mind when you buy it in bulk. Does liquid soap expire?

Soft soap expires like other types of soaps. However, its shelf life is typically two years if stored at room temperature and under optimal sunlight, heat, and moisture conditions.

You would notice changes in smell, viscosity, and the degree to which your Soft-soap lathers if it has expired.

Softsoap has a light, fresh scent with a great appeal to the nose. The smell of expired Softsoap would not be fresh and can leave an awful scent depending on the length of expiration and degradation that occurs as a result of chemical changes in the expired Softsoap.

Unexpired soft-soap lathers easily, especially with soft water. If your soft soap doesn’t lather much, it is probably expired.

A Softsoap that does not lather well is useless for any use, including bathing, washing the hands, and other common sanitary practices you may want to use the soap to carry out.

Imagine bathing with a soft-soap product that has the same viscosity as water. That would result in an awful bathing experience! You would struggle to form proper lather and achieve a good cleaning when the viscosity changes.

A less dense soap would also require more volume to achieve a wash compared to one with the right viscosity.

The viscosity of soft soap can also increase at expiration, making it coarse to touch or even converting it to become hard like a block of bar soap.

In most cases, the manufacturer’s expiry date is not usually stated, but the shelf life is always stated. The recommended shelf life of Softsoap is two years from the date of manufacture.

Check with your local environmental and health authorities if you doubt how you can get rid of your expired Soft-soap or reach out to the manufacturer.

Although Dove liquid soap is not a product consumed, nor is it a drug, it can expire. Its expiration can precede its complete shelf life when used or stored under unfavorable conditions. It can also expire at the end of its shelf life if stored under recommended conditions.

Dove liquid soap usually expires three years from the date of manufacture. The expiration date is usually stated on the body of the bottle of the soap. It is usually written as nine codes made up of letters and numbers. 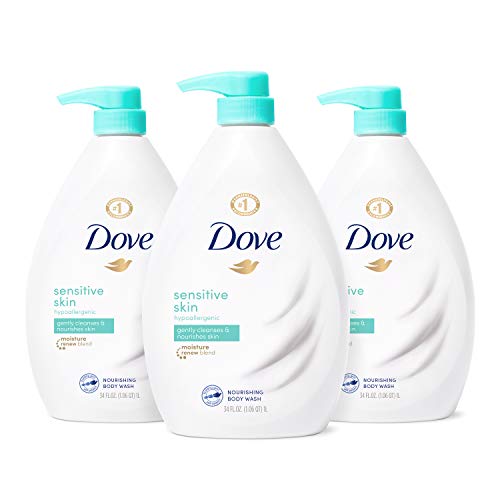 You can check the body of your dove liquid soap to be sure it has an expiry date. You may see a code that looks like this, 03084JU37.

This code contains the expiration date written as the month, day of the month, year, and the number from the Dove company.

Beyond using the expiration date stated on the bottle of the dove liquid soap, an expired dove liquid soap can be known from changes in physical characteristics such as smell, viscosity, and reduction in the degree at which it lathers.

Irrespective of the changes an expired dove soap undergoes, it is still useful, although it would not lather up or clean your body as effectively as an unexpired soap. Nonetheless, you should not use expired dove liquid soap if you have sensitive skin.

Expired dove liquid soap can cause an allergic skin reaction, a skin rash, or an irritation to the skin.

The chemicals used in producing the soap could undergo certain changes that convert them into cancer-causing chemicals.

Hence, if you use such expired dove liquid soap, you can have a serious health challenge.

Dove liquid soap is environmentally friendly, and an expired product can be disposed of without causing any environmental hazard.

Yes, liquid castile soap expires. The expiration date is usually written on the bottle. It has a recommended shelf life of three years. 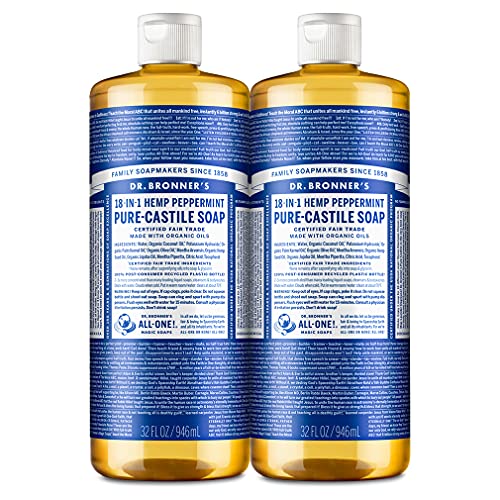 Based on the context that defines expiration date as to when an item becomes unsafe to be used, many factors such as mixing Castile soap with acid and unfavorable conditions such as temperature and light can cause liquid Castile soap to expire before the stated expiration date.

When liquid Castile soap is mixed with anything acidic such as vinegar, it loses its integrity and deteriorates. The acids cause the soap to change into a heap of oil. Imagine cleaning with oils rather than soap!

Castile soap is manufactured with olive oil, coconut oil, hemp oil, and peppermint oil. Under unfavorable conditions of temperature, light, air, presence of nitrogenous organic matter, and with time beyond the shelf life of Castile soap, the oils it contains can become rancid.

Rancid Castile soap is not useful for washing as it has less cleaning action, can mess up surfaces cleaned with it, and cause skin irritation when you use it for bathing.

An expired Castile soap would continue to be a soap, but it would be safer to discard it so that you would not cause harm to the environment and your health when you use it to wash.

You can dispose of Castille soap by pouring it through the sink in small quantities at a time.

You should check with your local health and environmental authorities for updated guidelines about how to dispose of your Castile soap or reach out to the company’s customer service representative that manufactures your Castile soap.

Liquid soap has a shelf life of two to three years and, for most, a stated expiration date. Irrespective, liquid soaps can expire.

Softsoap, Dove liquid soap, and Castile soap can expire after some time. Expiration can be seen as changes in color, smell, degree at which they lather, and viscosity. It is not safe for you to use expired liquid soap.